Our Lyx Centre for Urology in Madrid has a unit specialising in the treatment of Peyronie’s Disease.

Peyronie’s Disease provokes a thickening-fibrosis of the tunica albuginea that in its evolution determines the appearance of plaques that become calcified and that condition shortening, pain and deformity of the penis.

How frequent is Peyronie’s Disease?

It is estimated that of adult males suffer from this disease.

In Spain, there is no data, but in USA it is estimated that 65,000 men are diagnosed each year.

What causes the penis to bend?

The penis bends as the result of the emergence of a fibrous plaque on the surface of the penis. However, it is not known for sure what causes the plaque formation of fibrosis. It can be the result of a trauma with the erect penis (for example, during intercourse). Several studies relate Peyronie’s disease with alterations of the immune system. However, it seems certain that this disease has no relation to sexually transmitted diseases, nor is it a type of cancer. Any man can suffer from this disease. The average age of apparition is around 50 years, but it can occur in young men.

Peyronie’s Disease implies a thickening-fibrosis of the tunica albuginea that in its evolution determines the appearance of plaques that become calcified provoke shortening, pain and deformity of the penis.

How can it be a bent penis be treated?

There are various treatments to correct a bent penis or Peyronie’s disease. From medical treatments based on oral medications or treatments, to intralesional surgical treatments. However, in CUMQ, we offer a state-of-the-art treatment without the need for complex surgical processes but offering the same effectiveness. The treatment consists in injections of xiaflex into the fibrous plaque. Xiaflex is a trading name of collagenase, a natural enzyme involved in the processes of tissue repair.

This treatment is the most advanced in the field of urology to correct a penis bent by Peyronie’s Disease. Its simplicity of implementation and the results obtained rank it as the best option to restore normalcy and return the original shape of the penis. 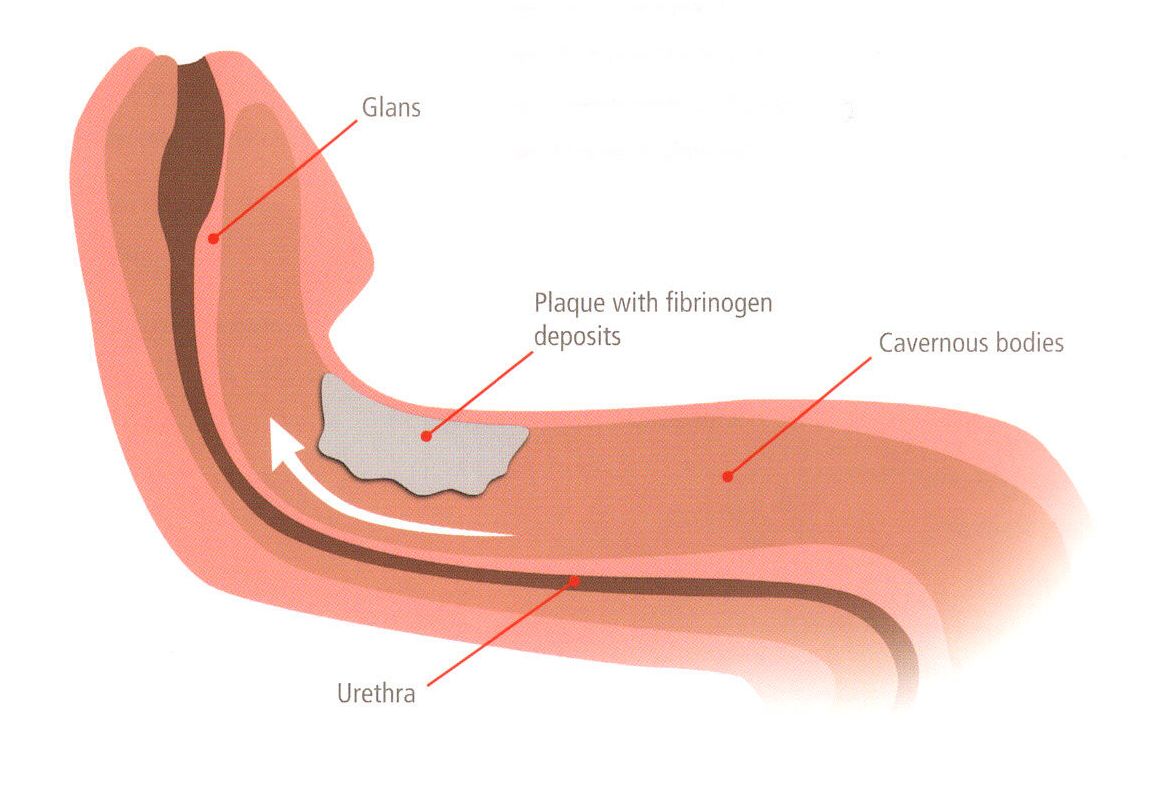 What is the process of treatment of the bent penis?

The process to correct the bent penis is simple, but the first thing to do is to see a clinic expert in urology at our CUMQ-Lyx Centre in Madrid, so that a specialist can analyse the penis, perform a assessment and measurement of the bend, collect data about your case on specialised forms.

Once the situation is assessed, the specialist can proceed to apply the treatment by means of injection of an active drug in the plaque of Peyronie’s disease present in the penis. Several days later, the patient should return to come to the clinic as it is required a second injection in the treatment with xiaflex directly on the board of Peyronie’s disease present in the penis.

The first few days can generate some discomfort in the penis, and even the appearance of some bruises, but after a few days the curvature is corrected and disappear, allowing a return to normal activity.

Do You Need More Information?

Find out more or adjust your settings.